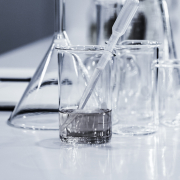 Exactmer is pleased to announce that it has been awarded a SMART Grant from Innovate UK. Innovate UK drives productivity and economic growth by supporting businesses to develop and harness the potential of new ideas.

Through this 16-month long project, due to start later this year, Exactmer will develop a disruptive new approach for the synthesis of multi-functional Polyethylene Glycols (mfPEGs).

PEGs help to regulate the transport and retention of medicine in the body and can be used as linkers in Antibody Drug Conjugates (ADCs). ADCs have been developed as a ‘magic-bullet’ for cancer treatment, delivering toxic payloads directly to cancer cells; however, the linkers currently used in ADCs are unadaptable and ‘cargos’, such as drugs, dyes, or cell-penetrating agents, cannot be attached to the linker, ultimately limiting the efficacy of ADC therapeutics.

Through this SMART project Exactmer will use its proprietary Nanostar Sieving technology platform to produce PEGs, comprising sequences of Exactmer’s completely-new, EG-based monomers, each containing a side-group designed to attach useful cargos. When polymerised, these monomers will form multi-functional PEGs (mfPEGs) and will be used as linkers in ADCs. By increasing water-solubility, drug-to-antibody ratios and enabling incorporation of multifunctional components, mfPEGs could revolutionise ADC therapeutics.

Exactmer looks forward to contributing to the development of improved ADCs in the next years. Contact us at sales@exactmer.com if you would like to know more about our work in this area. 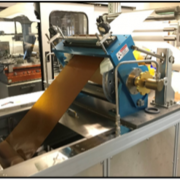 Exactmer is excited to announce the opening of new facilities at our premises in the Londoneast-UK Business and Technical Park in Dagenham, East London. The new space will house a Membrane Casting facility, for the manufacture and production of proprietary membranes used in our Nanostar Sieving platform. The facility will also accommodate membrane-related R&D activities. This marks the beginning of an exciting expansion for Exactmer as we begin growing our Membrane Manufacturing operations, and will streamline the commercialisation of the Nanostar Sieving platform and products.

Exactmer has grown rapidly over the last year, having also acquired new R&D lab and office space. This has enabled the company to establish new partnerships and research activities, and expand our manufacturing capabilities across both our oligonucleotide and exact-PEG syntheses services. 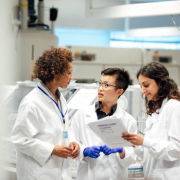 Exactmer, together with Queen Mary University of London (QMUL), has been awarded its first Knowledge Transfer Partnership (KTP), from Innovate UK.

Through this KTP, Exactmer and QMUL will develop new synthesis methods for exact Polyethylene Glycol polymers (PEGs), using Exactmer’s proprietary Nanostar Sieving Technology platform. When added to therapeutics drugs, PEGs help to regulate the transport and retention of the medicine in the body. Their water solubility also lends them useful in drug delivery scaffolds and nanomedicine. However, current manufacturing limitations means that producing PEGs is difficult to do accurately; to do so is challenging, time-consuming and expensive.

To solve this, Exactmer is developing its breakthrough technology, Nanostar Sieving, which could revolutionise PEG manufacturing. Through this KTP project, QMUL and Exactmer will address manufacturing and analytical challenges and will accelerate the commercialisation of exact PEGs for applications in the PEGylated drug and Antibody Drug Conjugates markets.

The KTP programme is a collaboration between universities and businesses in the UK, to help overcome challenges of innovation and address specific obstacles to technology development. It is a partially-government funded initiative which gives companies access to the know-how and expertise of academic institutions, through a project designed to address a specific business need.

Exactmer and Queen Mary University of London are now hiring a Postdoctoral Research Chemist to work as KTP Associate on the project. You can apply for the role and see further details here.

For more information please contact the Exactmer team at sales@exactmer.com. 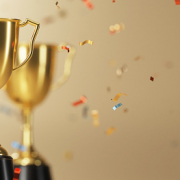 Exactmer is delighted to have been awarded the Startup Pitch and Partner award in the ‘Emerging’ category, at BioVaria 2022.

Exactmer’s winning pitch on the development of our proprietary Nanostar Sieving technology for oligonucleotide synthesis was chosen by a jury of leading investors, in a showcase of 13 hand-picked start ups from across Europe.

This year’s event was held in Munich in May, bringing together over 230 life-science innovators to the two-day event, with more than 60 licensable innovations presented by leading players from all over Europe, from therapeutic and diagnostic approaches to platform technologies. 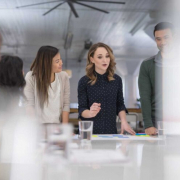 Exactmer is excited to announce that Dr. Zhiwei Jiang has been selected as one of eighty-four of the most promising science and research leaders, the successful leaders will benefit from a total of £97.8m investment to tackle major global challenges and to commercialise innovations in the UK. The Future Leaders Fellowships scheme helps universities and businesses in the UK recruit, develop and retain the world’s best researchers and innovators.

Dr. Jiang received his PhD degree from Imperial College London as a membrane scientist, and afterwards contributed as Research Associate for 5 years. During this period, he developed ultrathin membranes dedicated for molecular separations that outperformed the commercial membranes available on the market. He also worked closely with BP and ExxonMobil where he participated in the filing of patents for the development of two-dimensional materials as separation membranes.

He will be working in collaboration with Exactmer during his fellowship to advance membrane technology. Exactmer is a fast-growing company based in East London, developing a proprietary technology platform to break through the barriers of making exact polymers such as oligonucleotides, PEGylated drugs and ADC linkers. Oligonucleotide medicines work by interfering with how genes are expressed to limit the production of detrimental proteins and have shown success in the treatment of rare diseases. This next-generation therapeutic class is now being explored to treat chronic diseases that affect much larger patient populations.

At the heart of Exactmer’s platform is a molecular separation membrane, used to separate a growing polymer from residual monomers. Dr. Jiang’s Future Leaders Fellowships will last for 4 years, and it aims to fabricate membranes with well-defined and controlled pore size, which can withstand the harsh chemical environments required for polymer synthesis. Dr. Jiang’s collaboration with Exactmer will lead to the development of an entirely new membrane class known as isoporous organic solvent nanofiltration membranes (iOSN).

Dr. Jiang will work on the development of the membrane technology that will bring considerable advances in the synthesis of exact polymers at Exactmer. This will allow the manufacturing of high purity and high yield products, assist Exactmer to develop their technology for the upcoming demand in the oligos market, and subsequently help millions of patients around the world.

Please visit the following link for more information about the Future Leaders Fellows: 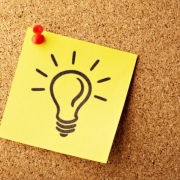 The SCOUT project, launched by CPI to help Scottish SMEs overcome challenges of innovation, hosted a webinar on February 9th 2022, centred on ‘Powerful Partnering’. At this event, Andrew Livingston outlined Exactmer’s journey and the successful partnership that supported its development.

In 2021, Exactmer became a central part of Grand Challenge 3, from the new Medicines Manufacturing Innovation Centre (MMIC), aimed at collaboratively revolutionising the manufacture of oligonucleotides. The collaboration, which includes AstraZeneca and Novartis, enables the partners to utilise their combined expertise across scale-up, analytics, and process development, ultimately transforming the oligonucleotide supply chain. The MMIC employs a ​‘Grand Challenge’ model, consisting of collaborative projects that bring together effective partnerships to address key issues raised by pharmaceutical industry consortia.

Andrew was joined by representatives from the MMIC, as well as Astra Zeneca’s Terry Reed, and Barrie Cassey from CPI. The webinar explored the opportunities and challenges encountered in developing successful partnerships, with the stakeholders sharing insights and experiences that help accelerate innovation process.

You can catch the webinar on-demand, here. 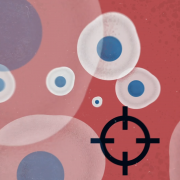 Exactmer is delighted to welcome to Alnylam Pharmaceuticals as a partner to the collaboration with the Medicines Manufacturing Innovation Centre, revolutionising oligonucleotide manufacturing. Together with CPI, AstraZeneca, and Novartis, we’re working together to overcome barriers to the scalable, affordable, and sustainable manufacture of oligonucleotides.

See the full press release on the CPI website. 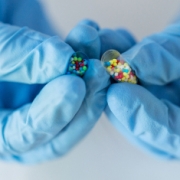 In the latest issue of Chemistry Today, Andrew Livingston and Katie Murray discuss the challenges involved with oligonucleotide manufacturing, and the role Nanostar Sieving can play in overcoming them.

Abstract
Oligonucleotides, which have already shown success in the treatment of rare diseases, are now being used to treat conditions with much larger patient populations. However, limitations associated with the current state-of-the-art solid-phase manufacturing technology – namely high costs and low capacity – inhibit their true potential. Despite this, oligonucleotide-based drugs are still moving through the R&D pipeline, but their progress will be hindered without an overhaul of the current manufacturing process. An exciting academic, government and industry collaboration is investigating the potential of a novel liquid-phase synthesis technique. This technique – referred to as Nanostar Sieving – circumvents many of the limitations associated with solid-phase oligonucleotide manufacturing, offering a more cost-effective and environmentally sustainable method of manufacturing oligonucleotides at a larger scale.

Exactmer is thrilled to announce a collaboration with AstraZeneca, Novartis, CPI and UK Research and Innovation aimed to revolutionise oligonucleotide medicines manufacturing.

Read the full press release on the CPI website. 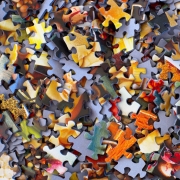 We are excited to announce that Exactmer has been awarded Proof of Concept funding from the European Research Council (ERC), as part of the EU’s research and innovation programme Horizon 2020.

Exactmer will use this research grant, worth €150,000, to fund a 18-month research project to demonstrate that its technology can unlock the tremendous potential of oligonucleotide therapies through dramatically reducing manufacturing costs and increasing production capacity.

This research grant will help us to move our ground-breaking technology towards commercialisation.